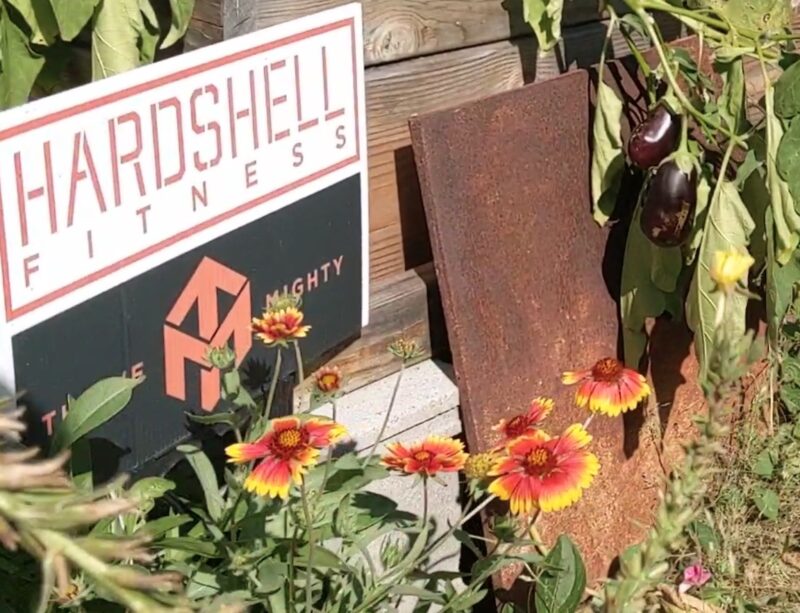 The more nature, the better, for Ben Swarts. A couple of years ago, when he moved his business, Hardshell Fitness, into a former gas station on 38th Street at Longfellow, Swarts “threw” some seeds down behind the building. Today that space is a beautiful wildflower garden. Now he looks at the gray expanse of paved parking lot in front of the building and sees potential for bringing more nature to the cityscape. He envisions native plants, trees and shrubs, all functioning to help cool, provide shade and soften the street sounds.

To that end, Hardshell Fitness is taking part in a project involving Metro Blooms and Chicago Avenue Fire Arts Center (CAFAC) that provides resources to small businesses that help to enhance the vitality of the 38th Street corridor. We do this with native plantings and pollinator-themed art used in rain chains, topiaries and trellises. The project is funded by the City of Minneapolis Great Streets program and through donations.

Swarts tries to bring nature with him wherever he goes. Like he did at Hardshell, he planted perennials at his home when he moved in several years ago. Now there’s a small native meadow that includes butterfly weed, bee balm and coneflower. “They’ve been re-seeding and growing and doing their thing,” Swarts said, “and they’re so beautiful, so powerful and robust.”  Pollinators abound.

Last fall, Metro Blooms removed invasive plants and filled in some plantings at Hardshell. Metal artwork from CAFAC will be woven into the fencing. 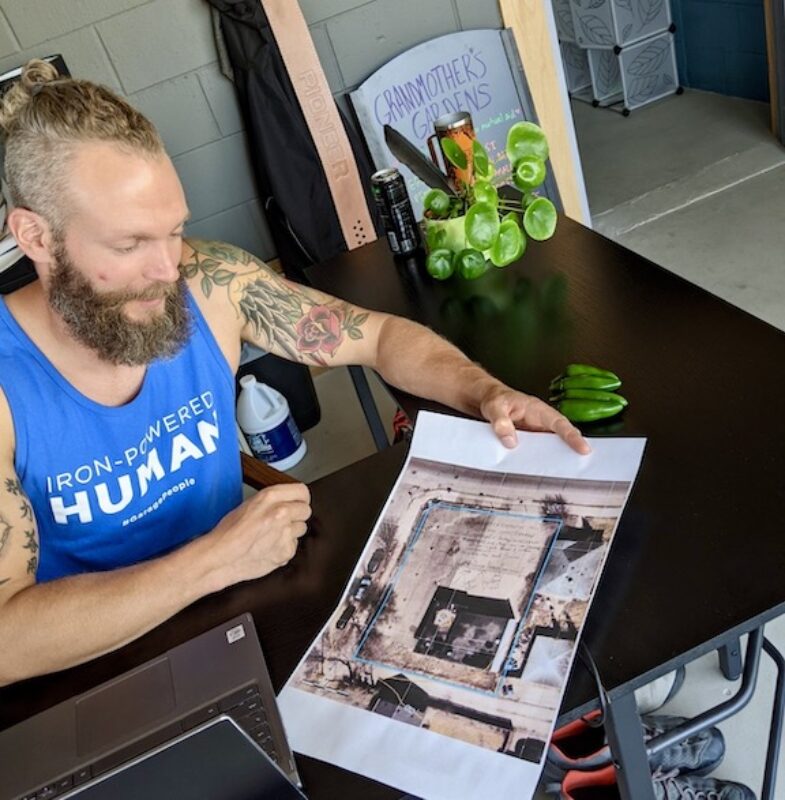 Ben Swarts looking at a design 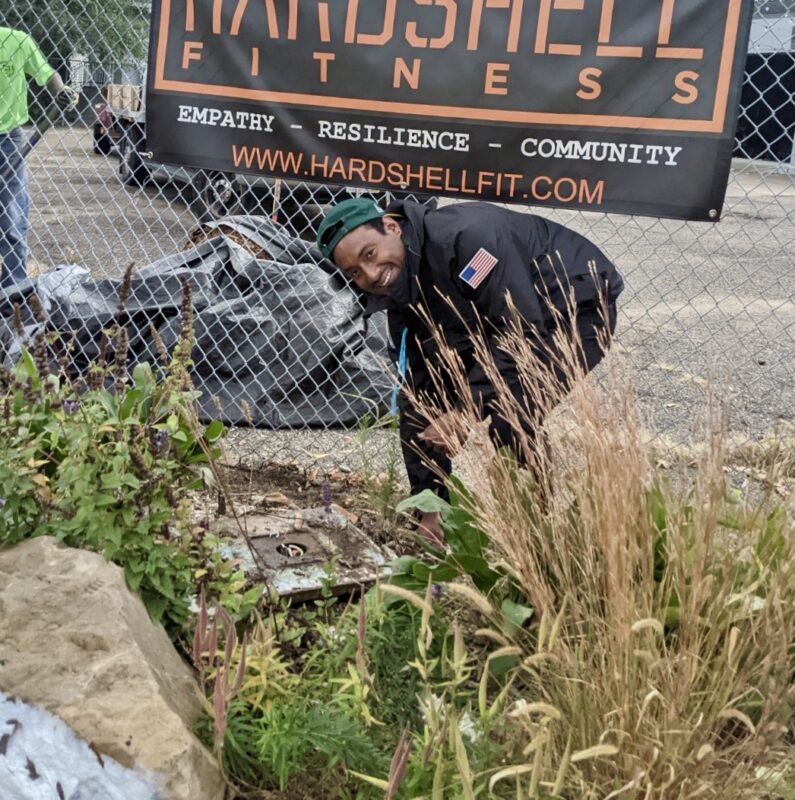 Will and other Metro Blooms crew members removing invasive species

Rich Harrison, Metro Blooms co-director of design, has created a landscape design incorporating Swarts’ vision. A big part of the design includes greener solutions to stormwater management. The property is 90 percent impermeable, and rain runs off the hard surfaces into storm sewers that empty into and pollute nearby lakes and streams. Future plans for the property could include a tree trench, raingardens and permeable pavement, all strategies that soak in stormwater. Of course, lots of factors go into moving forward, including making sure the soil at the site is healthy, and financial feasibility.

Swarts notes that many Hardshell members are interested in community and in stewardship of the environment. Some work in the garden out back, which now includes vegetables and medicinals. Some helped him plant perennials last spring. A few have bee lawns. One of them, who works in the stormwater sector, helped connect Swarts to Metro Blooms after they talked at a rain barrel event at Hardshell.

Which brings us back to the parking lot. While people occasionally do park there, it is more often used for fitness classes and as a gathering space — particularly helpful during pandemic times. For Swarts, redesigning the space for nature helps to create a resource for the community where he lives and works.

“There’s a huge amount of potential here,” he says. “In weightlifting, I always tell people the weaker you are, the more potential you have to be strong. That’s a great way to approach life. This lot is kind of rough. It’s all hardscape. It’s got great potential to be something else.”