Metro Blooms of Minneapolis has taken its work to make alleys greener across the river into St. Paul. Four raingardens, three areas of native plantings and a permeable pavement system are new features of the landscape in and near a Merriam Park alley that help prevent water pollution and provide more natural habitat. It’s part of Blooming Alleys, a program to beautify and encourage more sustainable practices in our often-overlooked back lanes. 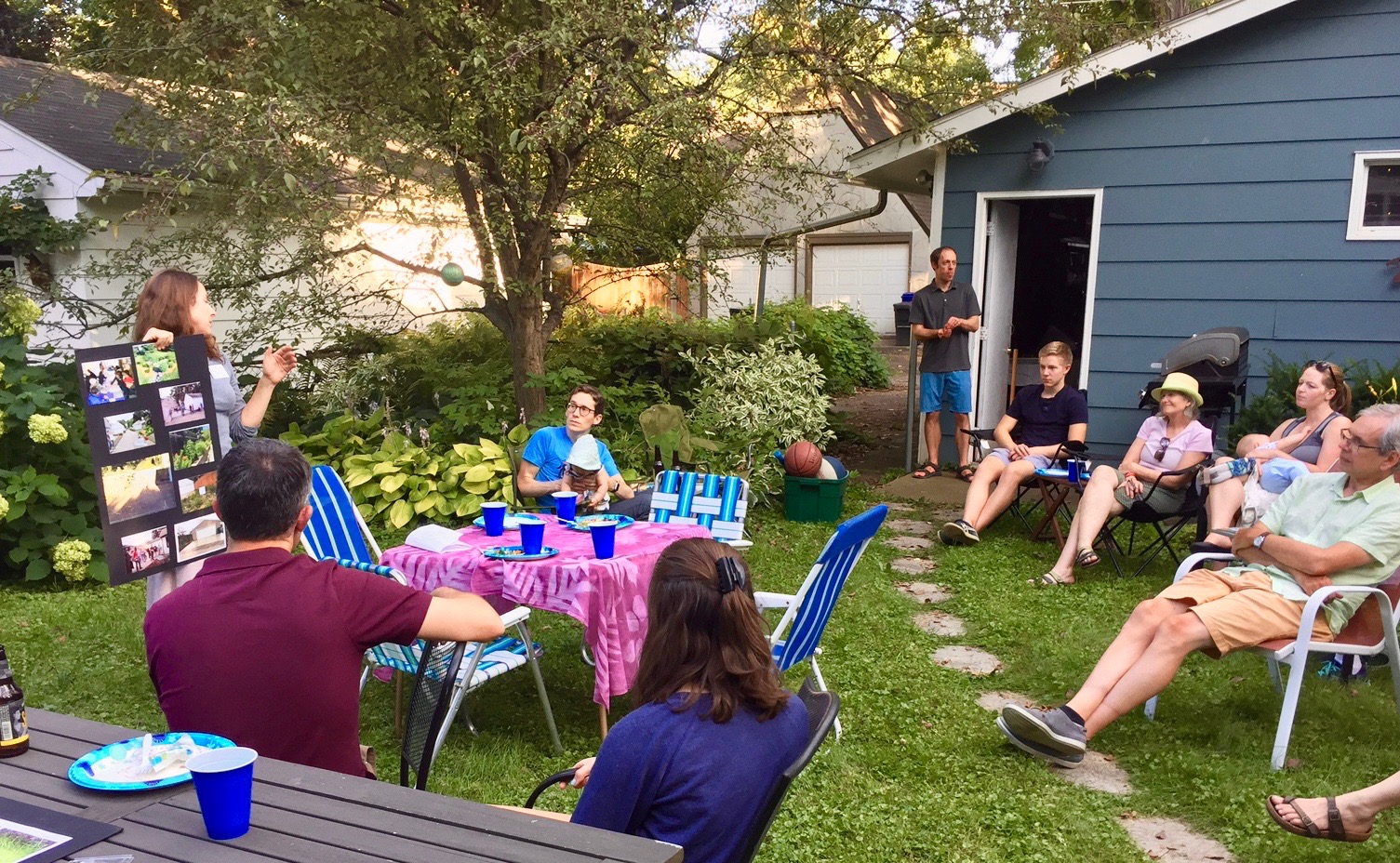 Stormwater runoff is one of the greatest challenges to clean water in cities. In many neighborhoods, paved alleyways are conduits for rain and melting snow that flow from people’s property into the nearest sewer, picking up pollutants along the way. The sewers empty into and pollute rivers, lakes and streams. Metro Blooms promotes practices such as raingardens and permeable paving to divert and capture stormwater before it has a chance to run off. In a raingarden, for example, water is taken up by deep-rooted native plants or soaks deep into the earth to be cleaned and cooled naturally. 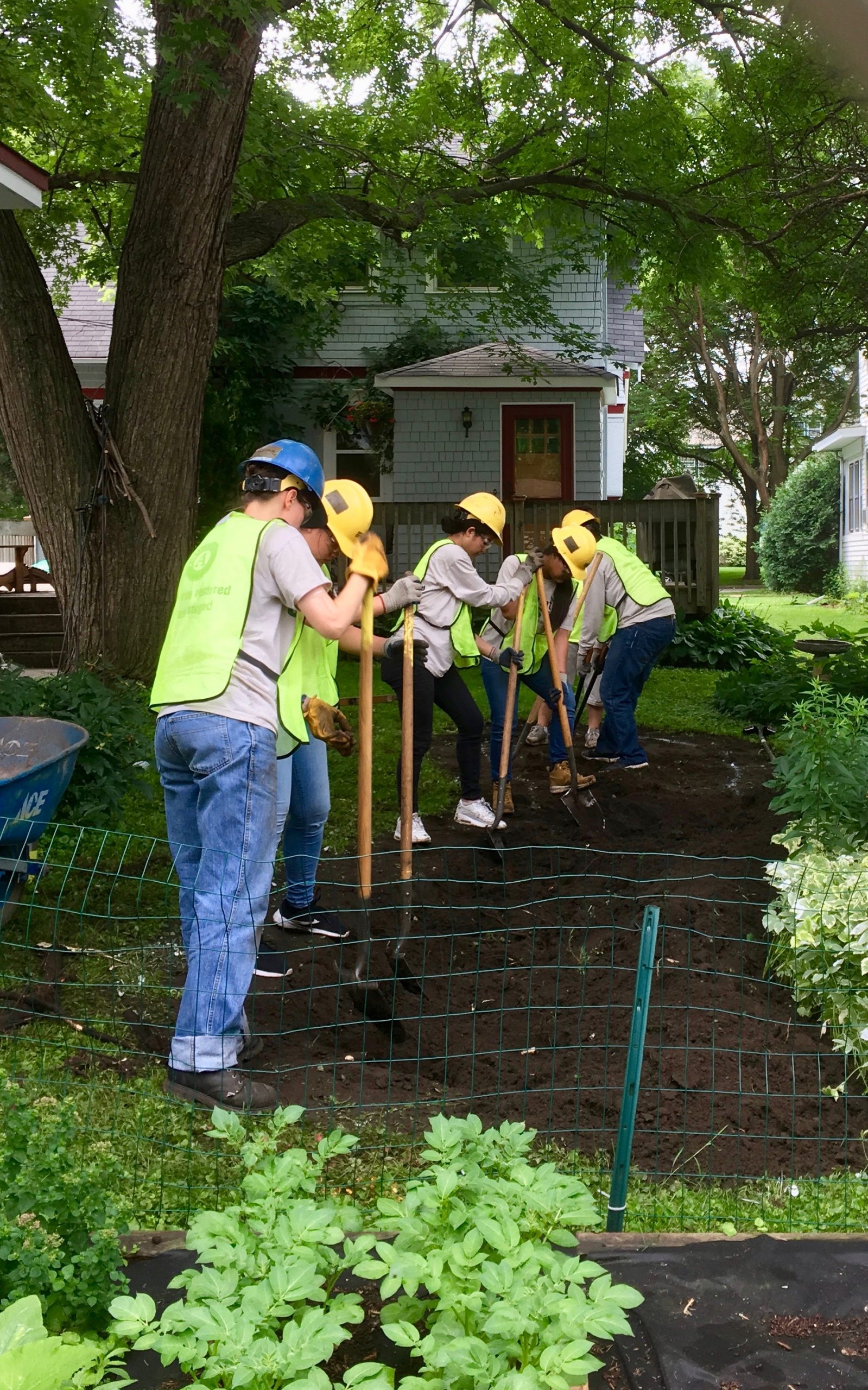 Crew from Conservation Corps of Minnesota and Iowa installing a raingarden

The idea behind the Blooming Alleys program is simple: invite neighbors to rethink their alley as a shared common space where runoff is managed more responsibly, and more habitat exists for pollinators and other wildlife. Then help people who want to adopt some of these strategies on their property achieve this goal. To carry out the program, Metro Blooms partners with entities such as watershed districts, other governmental agencies and neighborhood associations. This usually includes a cost-share feature that saves money for property owners. The Merriam Park project, the first of its kind in St. Paul, was supported by the Union Park District Council (the neighborhood’s district council),   the Capital Region Watershed District and the Clean Water Fund.

Educating the community is central to Metro Blooms’ mission. In the early stages of a Blooming Alley, Metro Blooms holds “alley parties” on targeted blocks to promote the goals of the program and invite people to participate. In Merriam Park, parties were held last summer. Metro Blooms subsequently followed up with designs and cost estimates for people who were interested. The program guided participants through the application and permit process, and then carried out the installations with the help of the Conservation Corps of Minnesota and Iowa.

“It is exciting to see so much interest in neighborhoods around the issue of water quality and see neighbors come together to work on reducing runoff and creating habitat,” says landscape designer Jennifer Ehlert, who managed the project for Metro Blooms. “ It’s great to get actual projects in the ground and to see them grow and bloom in coming years!”