In 2007, I first saw Metro Blooms’ work while touring two Minneapolis neighborhoods where raingardens and other stormwater management strategies prevented water from getting into basements. I was so intrigued by the beauty of the native plants like Joe-Pye weed in the raingardens and curious about practices like French drains and roof gardens that I signed up for a raingarden workshop and consultation. After the consultation, I created a folder to file away.

In 2013, I joined the inaugural Master Water Steward (MWS) Program. Simultaneously, we began the process of building a garage which included displacing an inherited backyard of concrete. 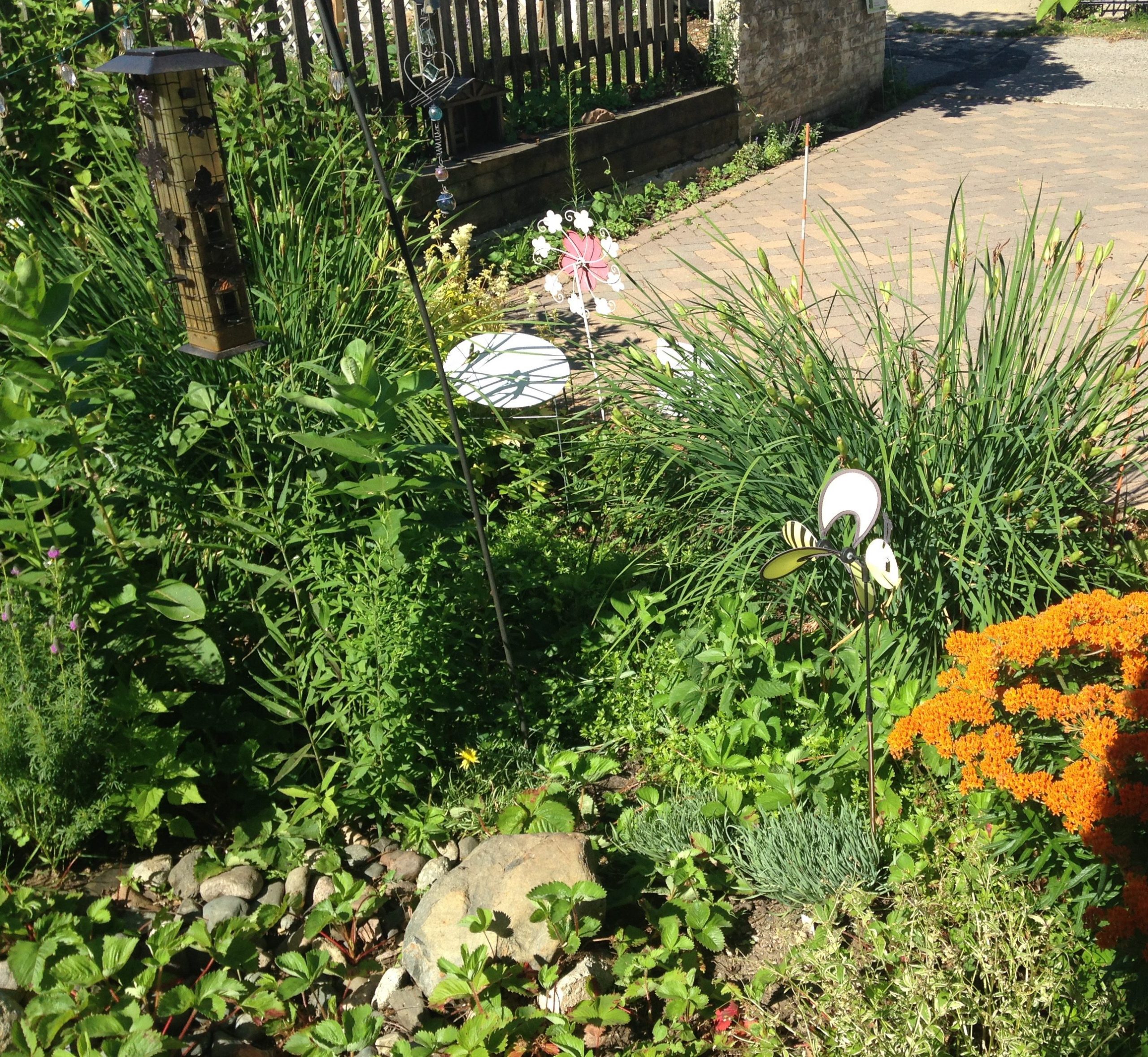 While preparing for my MWS team “in-the-ground” project, I again sought input from Metro Blooms. Andy, the designer, suggested putting the garage roof peak east to west for the best use of runoff and then completed a stormwater mitigation plan for the whole lot. This plan was the foundation for a more complex landscaping plan to transform our mud palette to include a permeable driveway, three raingardens and multiple BMPs that capture virtually all the stormwater on our city lot. I now hope to begin the process of reducing our stormwater fee and to bring my learning back to Metro Blooms.

I reengaged with Metro Blooms in 2014 as an alley captain with the Blooming Alleys project.  As part of a pilot, our two blocks worked with the Metro Blooms staff and designers to engage neighbors to adopt practices that captured stormwater runoff in our alley before it polluted Minnehaha Creek and Lake Nokomis. We had great participation and now have permeable strips, bioswales and raingardens working to protect our precious creek and lake waters.

I’ve learned that gardening for food, water sustainability, and environmental health are quite compatible – and that the impact is systemic. The outcomes benefit homeowners, neighborhoods, lakes, streams and pollinators like bees and monarchs while adding to the beauty of our neighborhoods and city. I support Metro Blooms and its expanded mission as a volunteer (on projects and as a board member), and as a donor.

Please show your support for Carol by making a 100% tax-deductible contribution to Metro Blooms during our Fall Giving Campaign from now through Give to the Max Day on Nov. 15. Donate by clicking the button below: