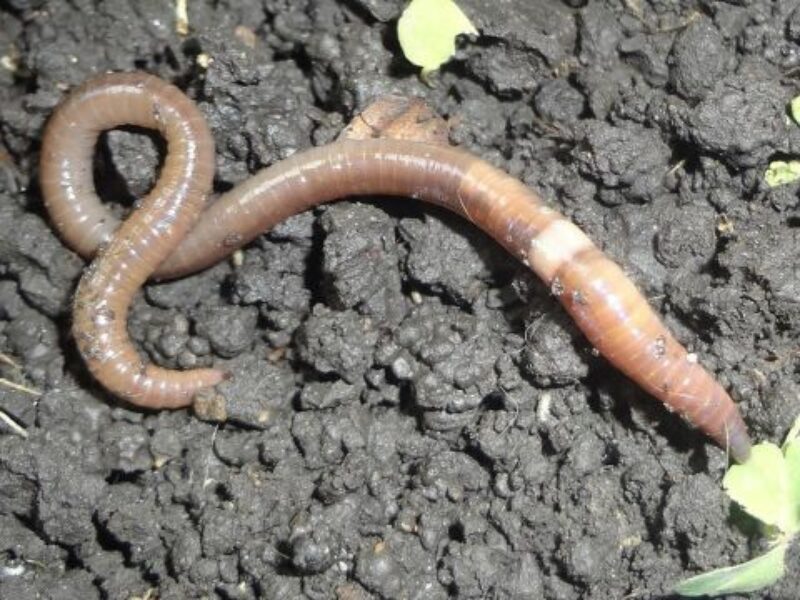 (Photo: Jumping Worm, Flickr, Alfredo Eloisa | CC BY-NC-SA) Jumping worms are relatively new to Minnesota, but they can quickly damage lawns, plants and soil.  They look very much like common earthworms, but they have a characteristic way of moving — they may appear to be jumping — when disturbed. They have been described as moving in a snakelike way. A jumping worm also has a light-colored ring around its body not far from the head.

Jumping worms live in leaf litter, mulch and the topsoil. Their activity strips vital nutrients from the soil. One sign of jumping worm activity is a coffee-ground appearance of the soil. You might also notice greater difficulty growing plants.

They can spread by several means including moving soil, mulch, sod, compost and potted plants that contain cocoons or worms. Make sure to clean soil off of garden gear and bare root plants that you are transporting!

It’s a good idea to report jumping worms to the Department of Natural Resources. Check out our fact sheet on jumping worms and what we do to prevent their spread. It includes resources for more information.