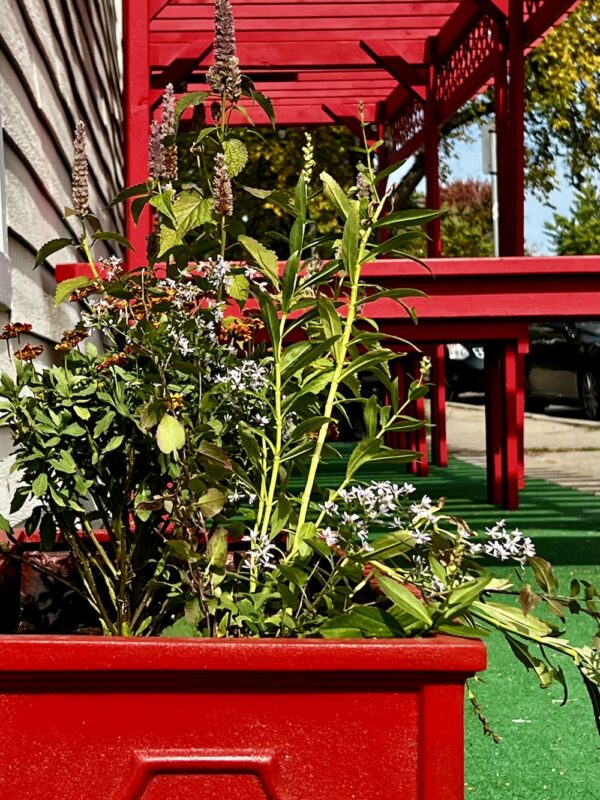 Earlier in the fall, passers-by might have noticed some bright-red planters, with late-season blooms spilling out, at the entrance to Mama Sheila’s House of Soul in Minneapolis. They matched perfectly with the outdoor tables and pergola. It was almost as if it had been planned that way all along.

But it was something new. In the past, Sheila Brathwaite, who owns the restaurant with her husband Frederick, had tried plants outdoors. For various reasons, they didn’t last. So, it was an opportunity when, one day last summer, Rich Harrison, Metro Blooms Co-Director of Design, stopped in to get some food. He met Brathwaite and mentioned our project working with small businesses to incorporate native plantings and pollinator-themed art along 38th Street. They put their heads together, and Harrison created a design. Erin Bogle, our Community Relations Manager, spray-painted the planters, and our Design + Build team installed them, along with some in-ground plantings.

“Next thing you know, I come to work, and I have these two big, beautiful pots sitting in the front by my business,” Brathwaite said. “I’m like, ‘Oh, that’s gorgeous!’ Same color and everything! “

Since last year, we’ve been partnering with businesses like Mama Sheila’s on this project as part of enhancing the vitality of the 38th Street cultural district. Our art partner is nearby Chicago Avenue Fire Arts Center, which is designing metal plant supports for Mama Sheila’s planters. The project is funded primarily by the City of Minneapolis Great Streets program.

About Mama Sheila’s House of Soul

Before Mama Sheila’s, which opened in 2018, the Brathwaites had a nearby takeout deli.  People were coming from all over, and many were asking for a sit-down experience. When the time was right, and they had a place lined up, they moved into their restaurant on the corner of Bloomington and 38th, not far from George Floyd Square. 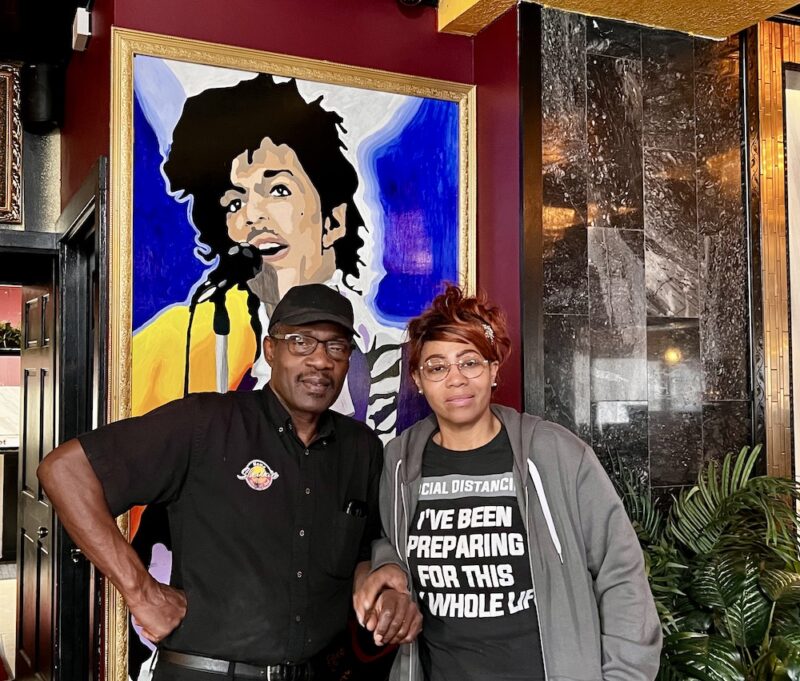 Brathwaite says when people first stop in, they’ll say, “This looks nothing like the outside.” (The exterior is muted, cream-colored siding.) The interior is a feast for the eyes: a painted tin ceiling, gold accents, atmospheric lighting including chandeliers and mirrors, original paintings and many, many images of iconic artists like Ray Charles, Sade and Prince. Brathwaite credits Frederick, a contractor, for creating the dining room. 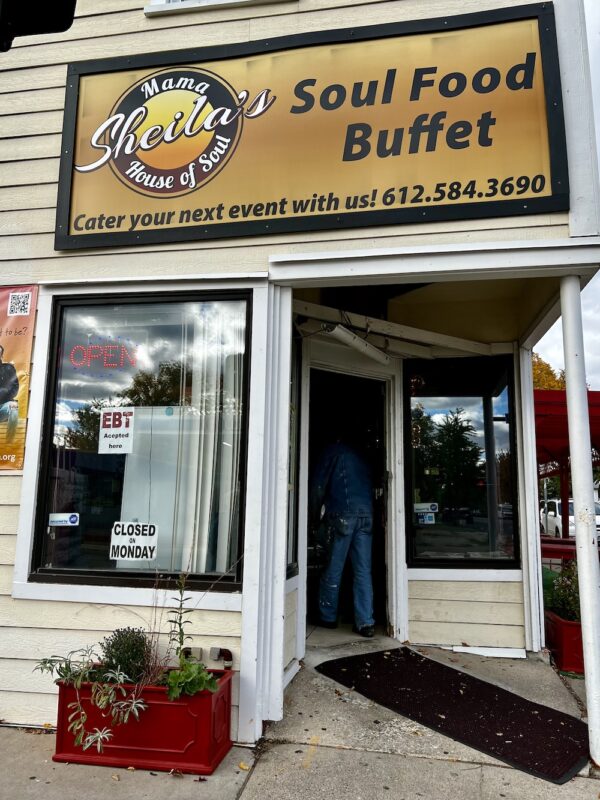 Her area of expertise is the kitchen, which produces classics like chicken (fried, smothered, jerk), collard greens, catfish, yellow rice, and cornbread, just to name a few. Mac and cheese and yams are popular dishes. A self-taught chef, Braithwaite started cooking as a teenager when her dad got sick and her mother went back to work to support the family. There were no cooking channels at the time, so she figured it out by doing, learning from visiting her friends’ homes and then adding her own twist to recipes.

And while she is not a gardener, she appreciates the beauty that plants bring. “Because you bring life in the neighborhood,” she said. “You know what I’m saying? It makes a difference.”