(Above, a Canada goldenrod invasion)

We’ve been doing raingarden maintenance lately. This includes pulling a lot of ragweed and Canada goldenrod. Read on for more about these invasives. 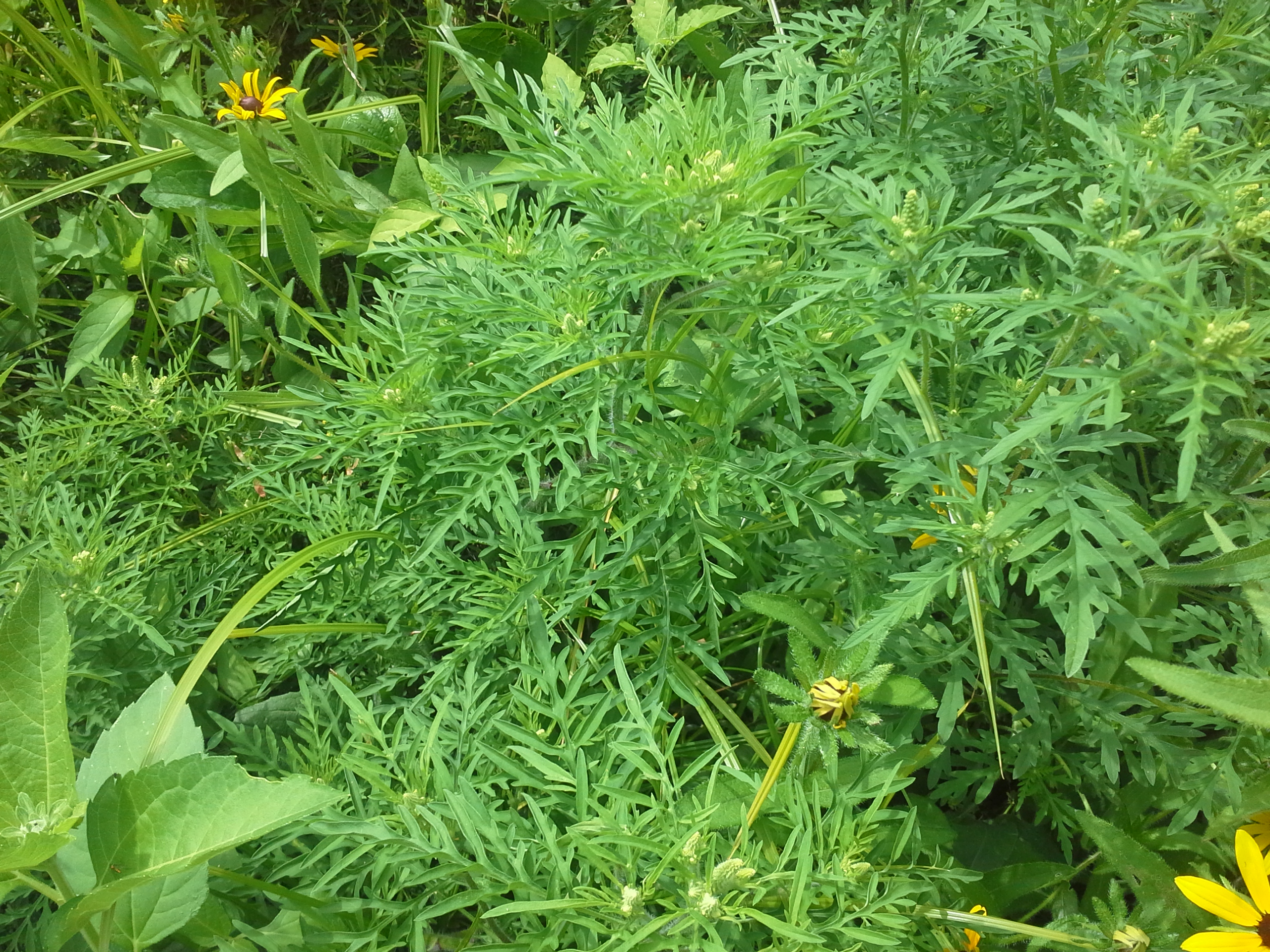 Recently I took a few minutes to watch the late evening news.  I was excited to see a segment on ragweed. This is the culprit behind the hay fever symptoms suffered by as much as 20 percent of the population. A doctor in a white coat discussed actions to help alleviate symptoms, including drugs, avoiding the outdoors and keeping windows closed. He might have mentioned getting to the “root” of the problem by addressing the plant itself. 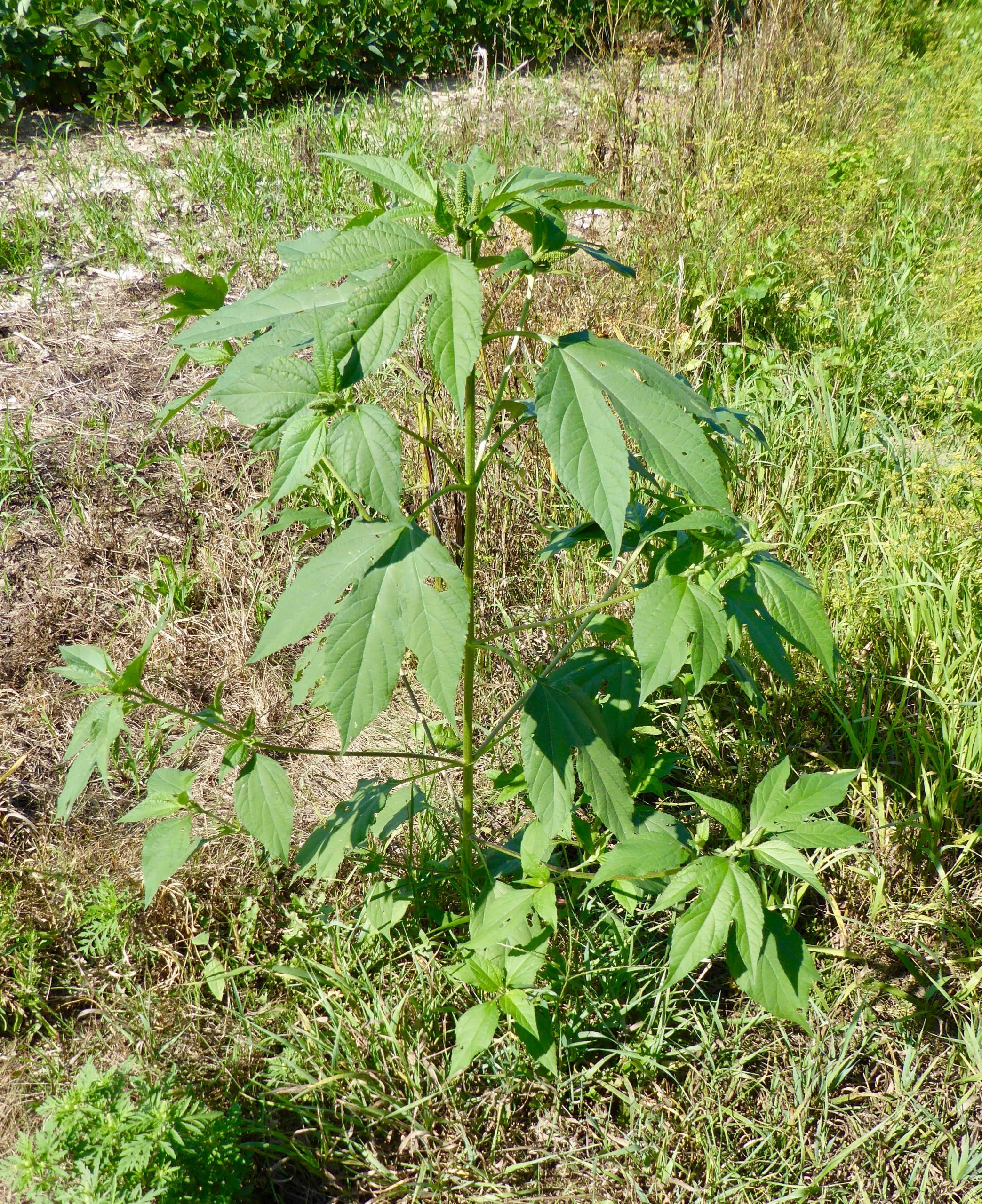 The segment mentioned finding ragweed in ditches and along stream banks, though viewers never actually saw what ragweed looks like. But our Conservation Corps crew members know! We had spent a good part of the day pulling or trimming both common ragweed (Ambrosia artemisiifolia) and giant ragweed (Ambrosia trifida) from raingardens at some Minneapolis schools. With their distinctive foliage, both species are easily identified.

The best time to pull common or giant ragweed is during the spring as the first leaves appear. As they mature, their roots become harder to pull from the ground. This late in the season, ragweed can be trimmed with loppers or hedge shears. Because they are annuals, they should not re-sprout, though if the heat continues we might see shoots growing from the cut stems.

Goldenrod is yet another weed we have come to know all too well in recent weeks. Interestingly, many people unfairly blame goldenrod for the allergy symptoms caused by ragweed. In fact, all species of goldenrod (genus Solidago) have pollen grains that are far too large to impact human sinuses and so should remain blameless. 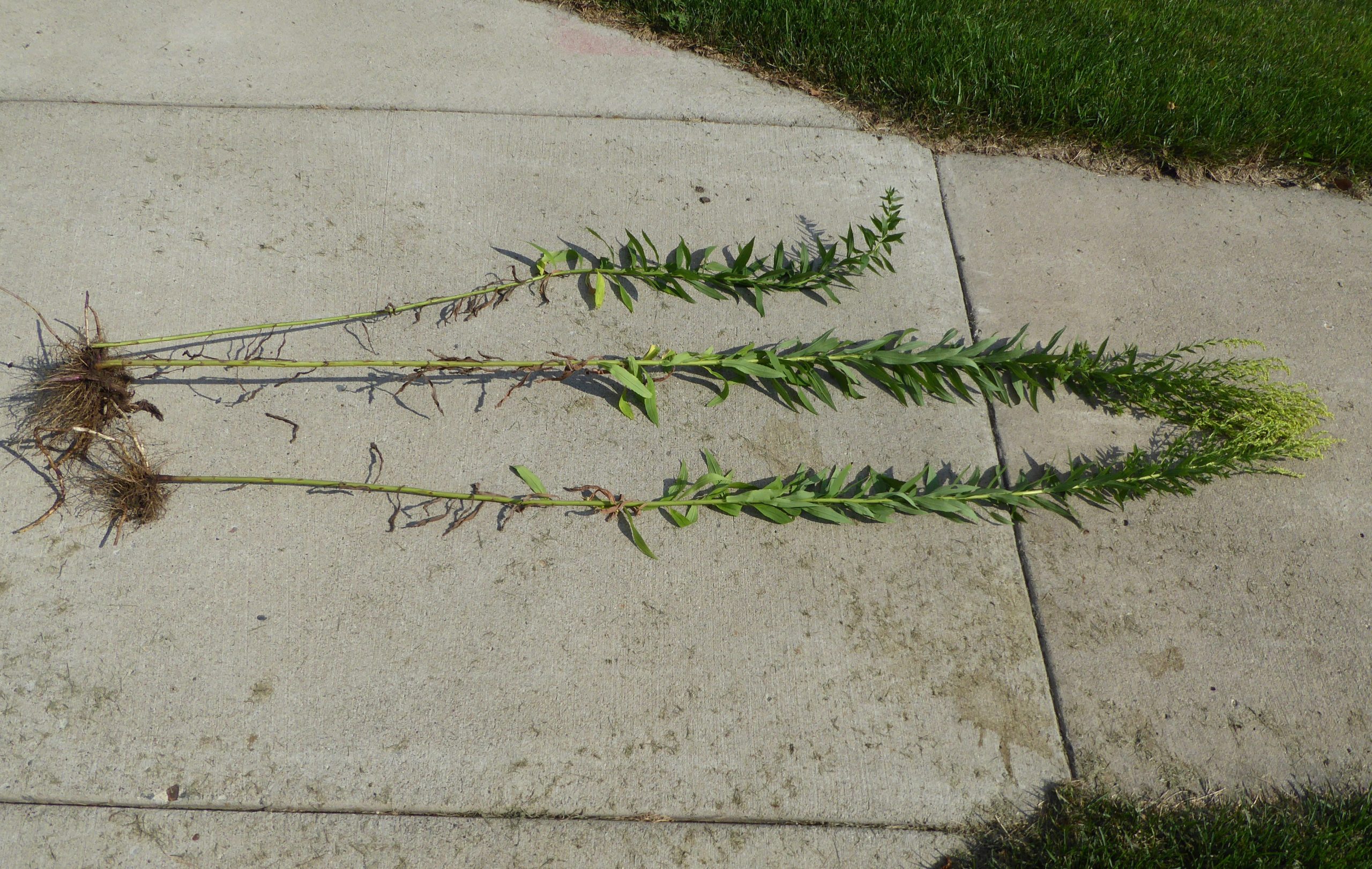 Canada goldenrod: These specimens are 4’ to 5’ tall.

In your yard, you may find yourself less sympathetic to one particularly aggressive species of this perennial, Solidago canadensis, commonly called Canada goldenrod. It can quickly grow from a tiny seed that blew into your garden into an invasive, overwhelming mass up to six feet tall in damp, lush raingardens. Pulling it will slow it down, but the best method is to cut it before any flowers mature.  You may leave the cut stems to re-sprout. New shoots that emerge in the next couple of weeks are far more sensitive to herbicide or a 20% acetic acid solution. 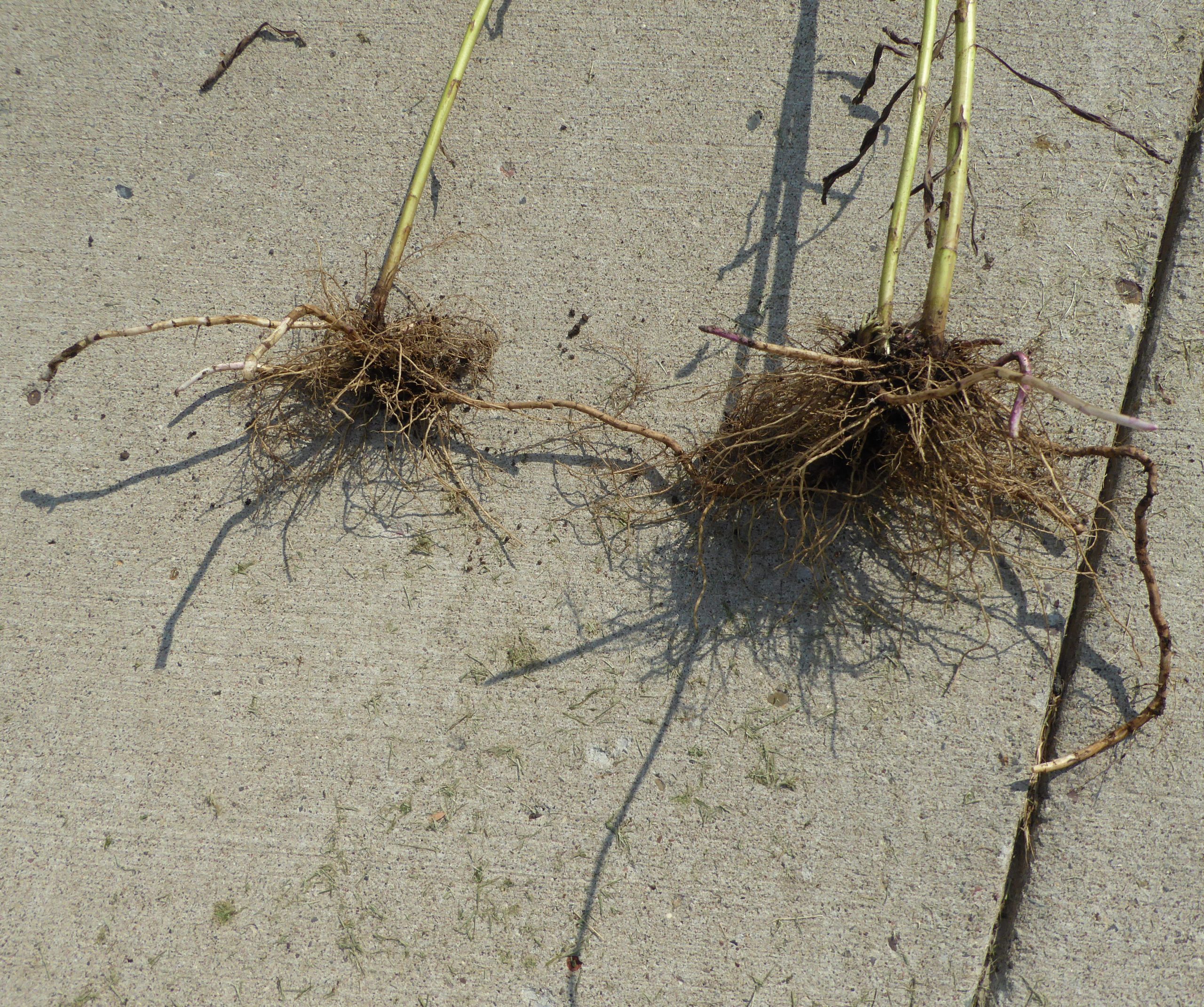 Canada goldenrod: Long, fleshy roots send up other plants around the “mother” plant that blew in as a seed.

If using a spraying wand on the new shoots, try this trick to protect surrounding plants: attach a large funnel over the sprayer nozzle and tape it in place. Load the sprayer with the 20 percent acetic acid solution. As you walk, place the cone of the funnel over individual plants, giving each a quick squirt, and then move on to the next plant. This should prevent harming desirable native species mixed in with this garden aggressor.