(Photo courtesy of the City of St. Louis Park)

“I am a raingarden” signs have sprouted like wildflowers in some St. Louis Park neighborhoods this summer. They are located in raingardens installed under a new program intended to make the process easier and less costly for homeowners. The Rainwater Rewards Grant Program, a partnership between the city and the non-profit Metro Blooms, has enjoyed a resoundingly successful first season.

“I am overwhelmed by the response,” said Erick Francis, St. Louis Park’s water resources manager. He would have been happy to see 10 new raingardens installed this summer. By mid-August there were 20. And there is a waiting list for 2019. 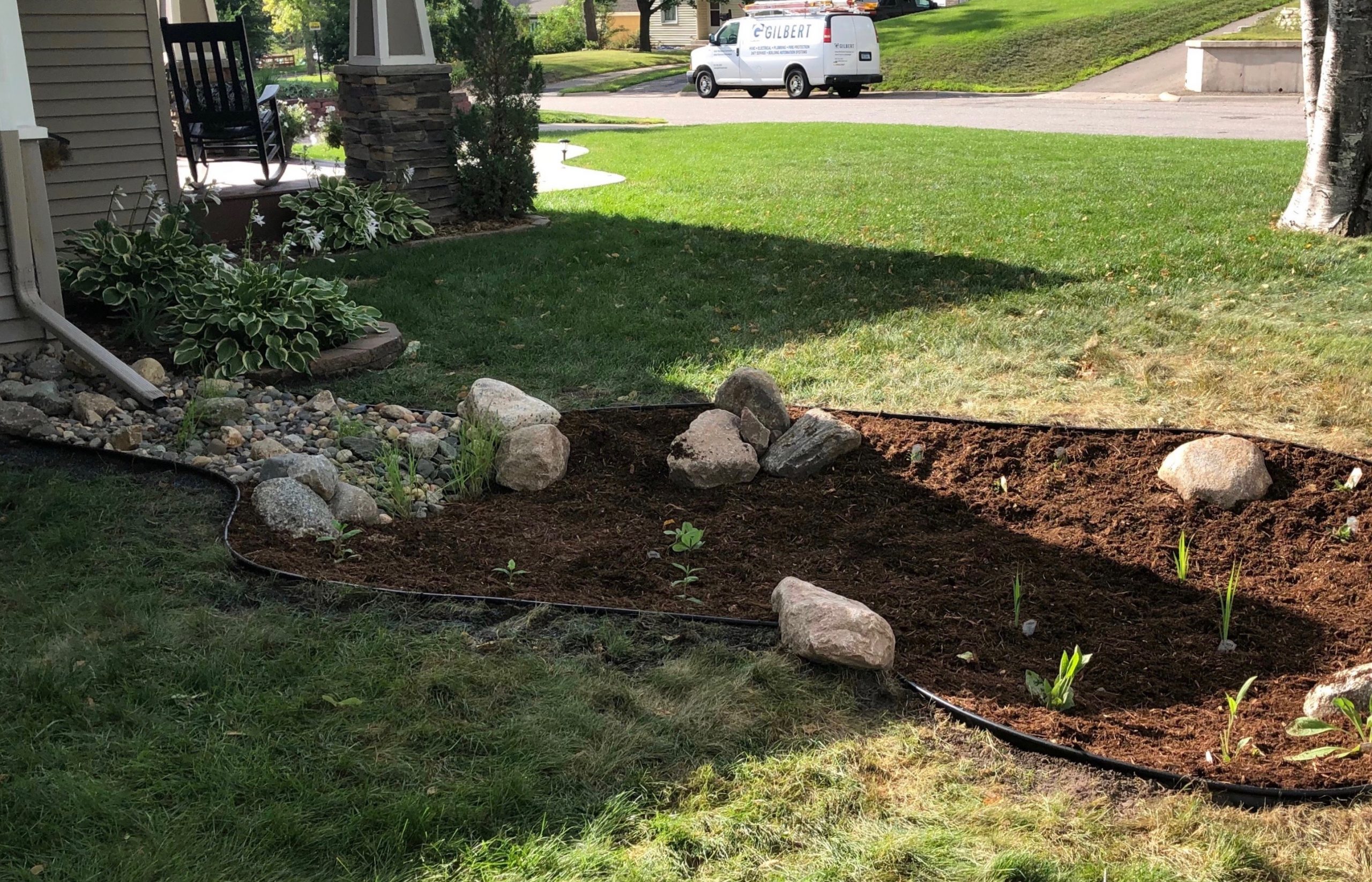 This raingarden captures water from the roof downspout.

Raingardens make people’s yards more attractive but also function to reduce stormwater runoff, a major culprit in water pollution. Runoff is caused by rain and melting snow running off paved surfaces into storm sewers, collecting pollutants along the way. The sewers then empty into and pollute nearby lakes, rivers and streams. A raingarden is a shallow depression planted with deep-rooted, mostly native plants, and is strategically located to divert and soak in stormwater. Some of the water is taken up by the deep-rooted plants. The rest is cleaned and cooled naturally as it soaks into the earth.

Metro Blooms promotes environmentally-responsible gardening and landscaping practices, and preventing runoff is one of its main areas of expertise. Its community-based neighborhood raingarden program, which partners with neighborhood associations and local government and governmental agencies to help lower costs, has installed more than 1000 raingardens throughout the Metro since 2009.

A year ago, Francis was looking for ways to encourage St. Louis Park residents to take more action to manage stormwater on their property. He had recently started a program, called Rainwater Rewards, that reimbursed a generous share of residents’ costs for adopting stormwater practices such as raingardens, rain barrels, permeable pavement and planting trees. Then he had an “ah-ha” moment. What if the city and Metro Blooms partnered to make Metro Blooms’ raingarden program available to homeowners as part of Rainwater Rewards? In the spring, they unveiled the Rainwater Rewards Grant Program at a Metro Blooms workshop on creating resilient yards. 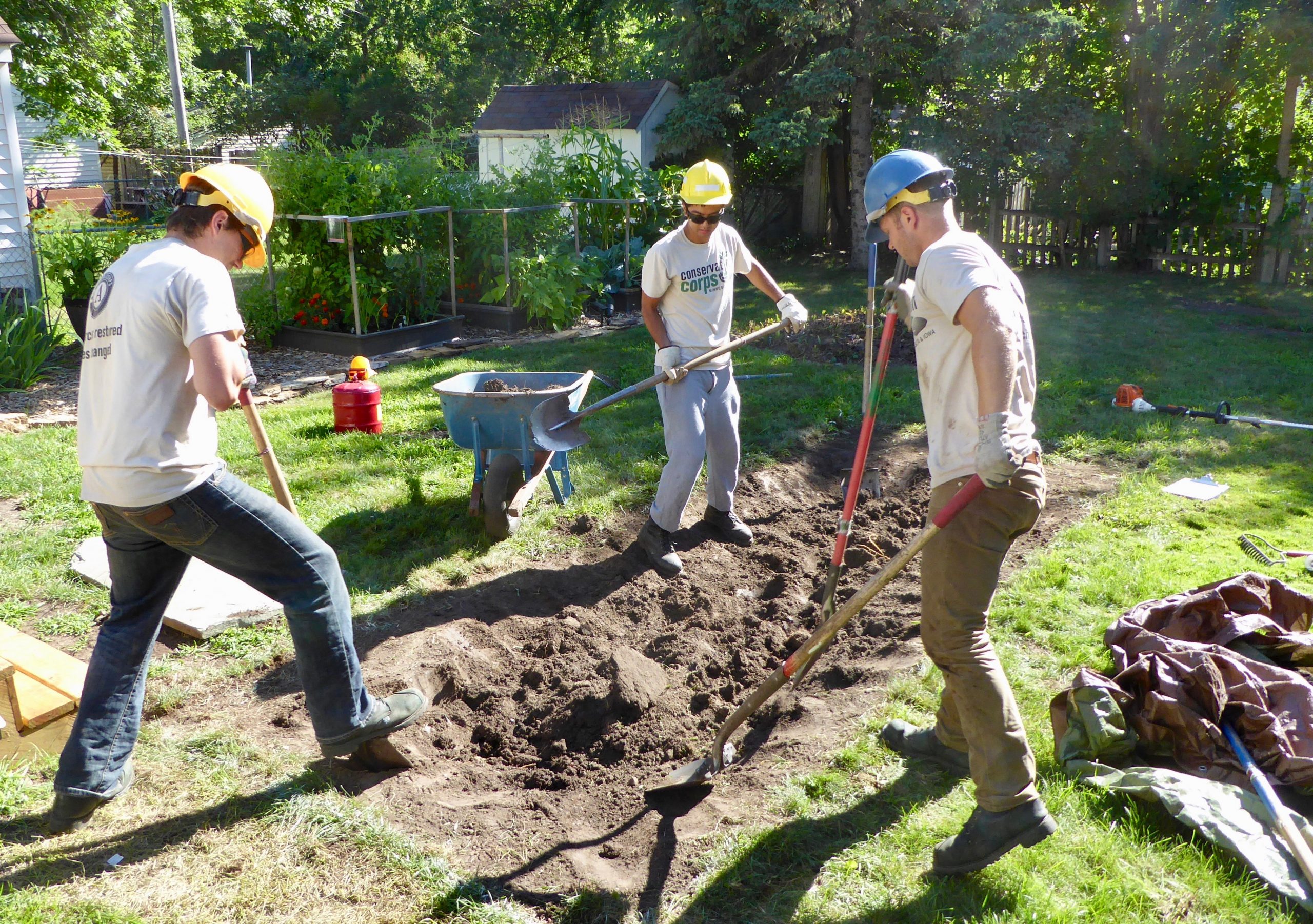 Under the program, Metro Blooms landscape designers took on the lion’s share of planning and installing the raingardens. They consulted with the homeowner, created a design and ordered the plants. Then they supervised Conservation Corps Minnesota & Iowa crews to excavate and remove soil, and mulch the site. The homeowner’s main task was to put in the plants. (A Metro Blooms observation: When homeowners do the planting, they are more likely to provide better maintenance in the future.)

Homeowners also saved money. A Clean Water Fund grant and city support helped lower the cost to participants. Also, participants were eligible for the reimbursement from Rainwater Rewards. Residents who took part paid as little as $100 for a raingarden, which typically can cost as much as $2000.

“By partnering with Metro Blooms, we have provided homeowners an easy way to help manage stormwater on their property and within the city, and helped them improve the aesthetics of their home in a cost-effective way,” Francis said.

The environment will benefit, too. Metro Blooms calculated that the total amount of runoff captured by the raingardens will be 333,600 gallons annually.

What next? Francis and Metro Blooms are already planning for next year. “We look forward to expanding the program next year to meet the demand from the city’s residents,” Francis said.