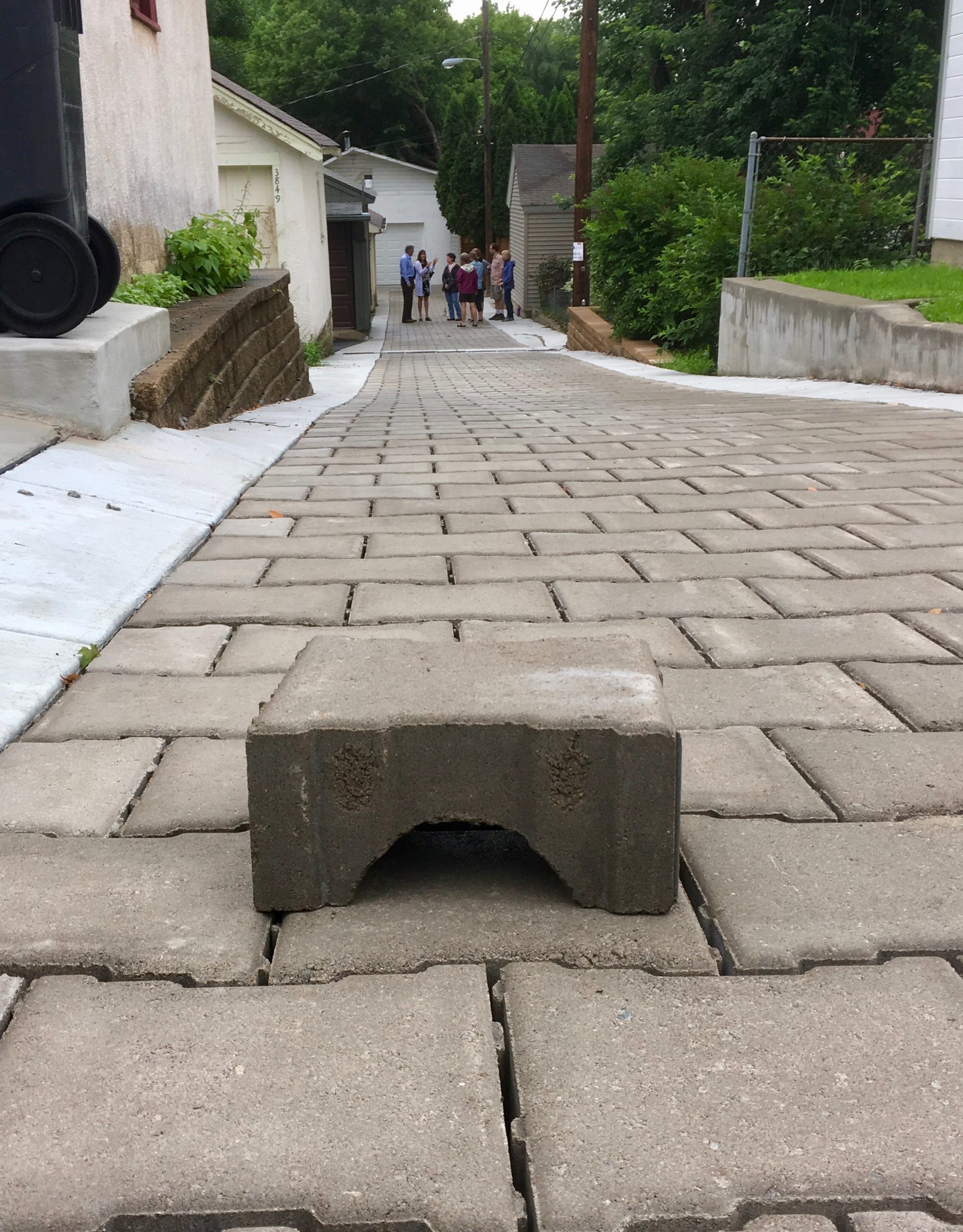 Lori Fewer is pleased with the new surface on the alley, just installed, behind her house. “It’s beautiful,” she says. The network of interlocking concrete pavers is much more inviting than the former patched, worn surface it replaced. Even better, it is permeable, with arched chambers in the concrete blocks and a porous layer of stones beneath to capture and infiltrate rain and melting snow. The alley is one of the first of its kind in Minneapolis. It is also the subject of a two-year study by the non-profit Metro Blooms to measure how well it captures stormwater.

Metro Blooms promotes environmentally-sound gardening and landscaping practices. One such practice is using “permeable hardscape”: driveways, alleys, patios and sidewalks designed to allow water to drain through them rather than running off. This approach helps protect the watershed by preventing rain and melting snow from flowing into public sewers, collecting pollutants on the way. Eventually the polluted water empties into nearby lakes and streams. Similar to what happens in a raingarden, the water in a permeable hardscape seeps into the earth, getting cleaned as it filters through the soil. 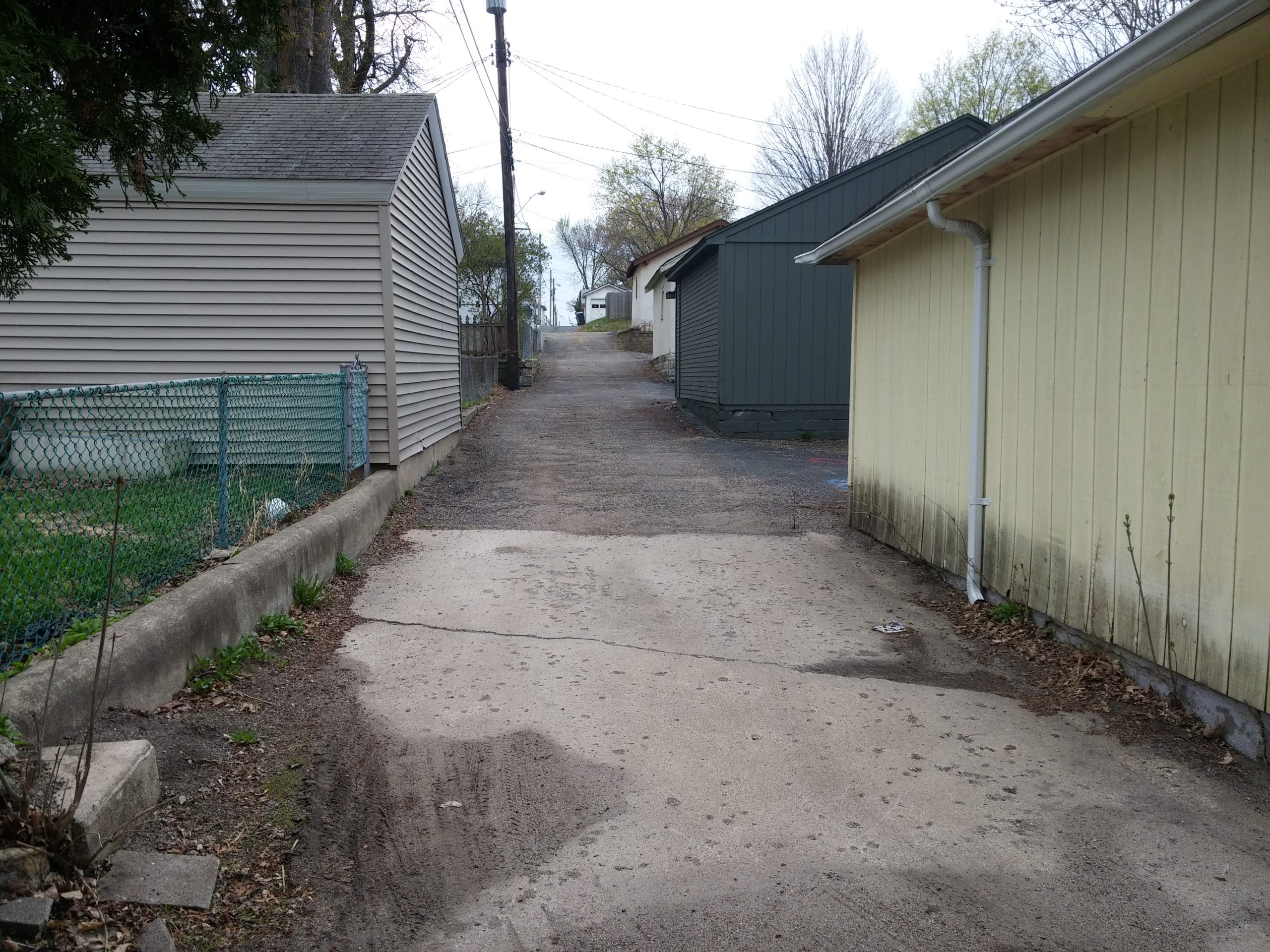 This alley is unusual. A typical city alley stretches from one end of a block to the other and is publicly owned. This one, located in the Standish-Ericsson neighborhood between 21st and 22nd Ave. S. and north of 39th St., runs downhill part of the way in, dead-ending at at someone’s garage. A few years ago, several neighbors on one side of the block learned that they actually owned it. The alley was in poor shape, and its slope caused storm water to pool at the bottom. It wasn’t even used much; during the winter, neighbors generally parked on the street.

Around that time, Fewer, one of the owners, went to a community event and stopped by the Metro Blooms booth. She met Associate Director Laura Scholl and learned more about permeable options. Soon there was a meeting with other alley owners, and a partnership between the neighbors and Metro Blooms was born. The neighbors wanted to be responsible stewards of their alley, improving it if they could. Metro Blooms saw a chance to study the “alleyshed” by gathering data on the amount of water flowing down the alley before and after it was resurfaced.

Together, they applied for grants to help pay for the project. They received support from the Minnehaha Creek Watershed District and Hennepin County. Some of the neighbors even attended a watershed meeting together to speak in favor of the project. 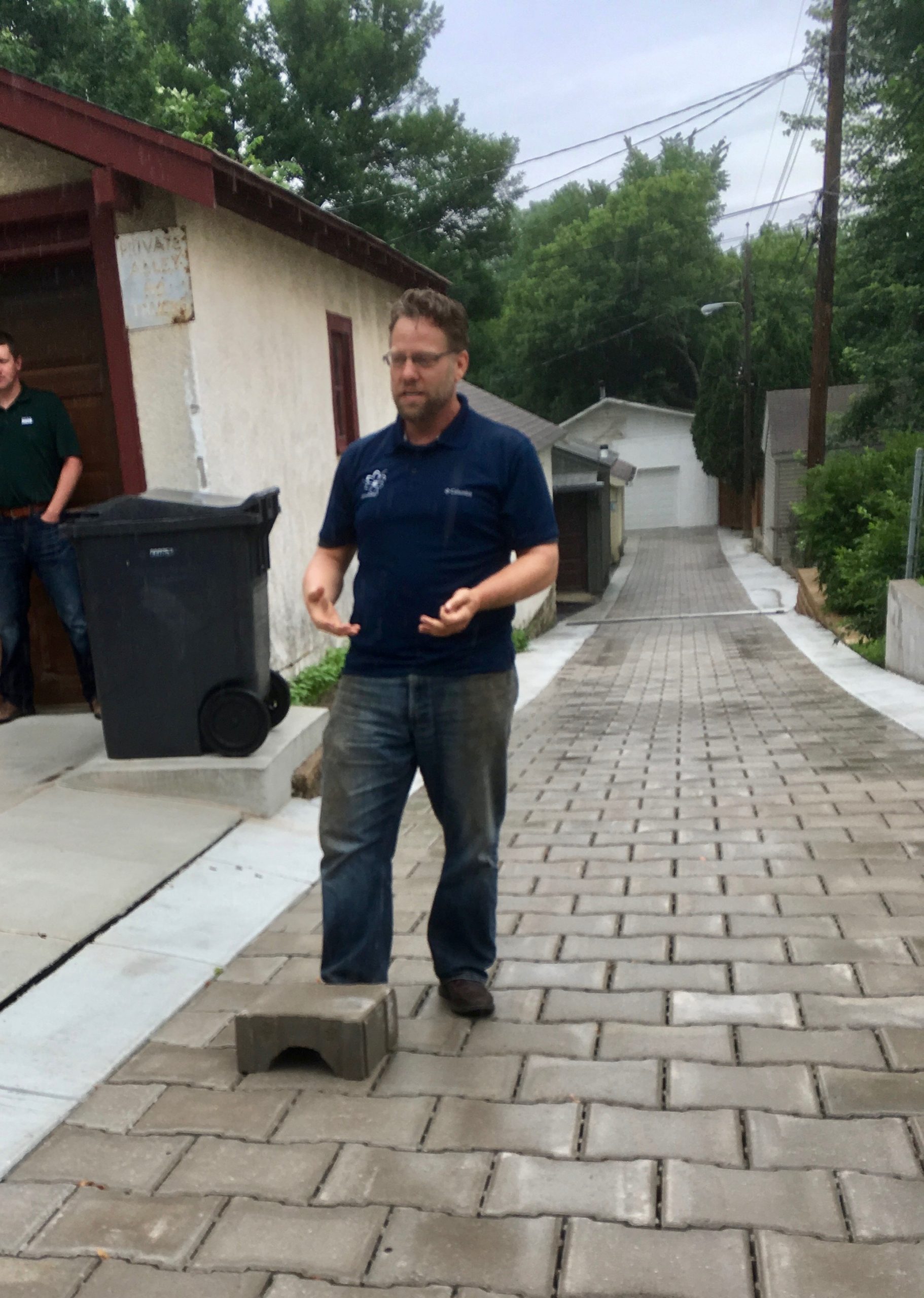 With technical assistance from the University of Minnesota’s St. Anthony Falls Laboratory, Metro Blooms installed a trench drain/rain gauge monitoring system to measure how much water flows down the alley during various rain events. To date, there is a year’s worth of data on the old alley. The permeable alley was installed over about a week in May by JL Theis. Now Metro Blooms will collect water data on the new alley over another year.

The process has been more involved than anything Fewer might have expected when she initially stopped at the Metro Blooms booth a few years back. But it was worth the effort. Fewer likes that the permeable alley is eco-friendly and that it will provide helpful knowledge about this approach in the future. She has noticed that residents on the other side of the alley are sprucing up their yards. And she knows her neighbors better by working with them. When the trench drain was installed a year ago, they got together to clean out some sand that had run into it. (The alley owners are responsible for maintaining the alley.) Then they had a potluck afterwards. And the day after the permeable alley was completed, Fewer said, they were already emailing each other about a proper christening for their new alley.